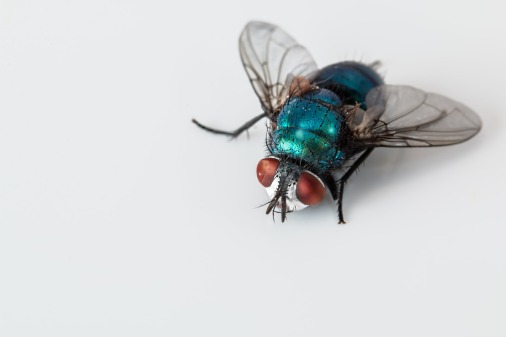 Do you know that pesky fly?  The one that swirls around you?  It actually, even though an insect, begins to cause you self-doubt.  About hygiene.  Do you really smell that bad?  I mean, you know that you traveled for basically two days—but you thought you showered.

Or did you dream you showered?

Or were you DREAMING about a shower?

Or did you shower the kids but forget about yourself?

The fly won’t leave you alone and now you wonder if you need a shower!!!!!

This is what my last 5 days have looked like:

Day 1:  Airplane (3 to be exact).  I slept approximately 1 hour on all 3.  At the airport, in Munich, I laid down on the benches after having my husband SWEAR on his very life and beard that he would WATCH our children with his 41 eyes and make sure no one stole my purse in the meantime, then I crashed.  For approximately 2 hours.

He has snoring video in public to prove it.

I don’t even care.

Night 1 in Poland:  The 3 and 5 year olds did not sleep.  Nearly at all.  The 5 year old eventually waned off as the sun was rising.  The 3 year old is more stubborn than a mule and beat the sun.  She finally seceded around noon.

The decade plus one daughter was already OUTTA the house and OFF to friends.  Goodbye, my firstborn.  WE LOVE YOU…REMEMBER US!

Yeah, right.  We haven’t hardly seen her since.  One night at Wiktoria’s house (Victoria in English), Oliwia’s a second night, and now Nikola’s.  Yep.  The decade plus 1 missed her little Polska wies (Polish village).

Nights 2 and 3 and 4 also lost to JOJO the GIANT!  She won hands down each and every time.  The sun has NOTHING on the spirit of our 3-year-old.

You were my precious.  I held you in my hand.  I cuddled you.  I made you feel important.  I knew you had a big job ahead of you.  And I knew you, Night 5, were the one to do it.

And, alas, you won.  At 1am, the 3-year-old fell asleep with me stroking and singing to her.  Yes, I sing in private.  Heck, I sing in public—you people just don’t appreciate it as much as my spawn (smile and wink)…

And with the delicate balance of tiptoeing and delicately stepping over EVERY TOY in Max and Josephine’s room which is currently out so that every single marble and doll will know it is loved even though there was a 6-week-absence, I made it out of the room without any crash.

I crawled into bed.  THE FIRST NIGHT I would sleep in bed.  If one in the morning is still considered night—and I closed my eyes.

My respite was sweet.  And short.

The 3 year old came and told me that she DID NOT WET THE BED but her PANTS were all wet.

Yes.  That is called “Not wetting the bed—it magically wet me” syndrome.  It occurs often with our third.  The other two have bladders that could win Olympic Golds.

So I took the daughter that was victim of the vicious bed to the toilet—hastily cleaned her off and threw her in bed with me.

That’s when my victory became my defeat.

She was NO LONGER TIRED.  She was wide awake.  She jumped, and crawled, and laid, and sprawled all over me.

Could she see my phone?

Could she watch a movie?

Could she hold my phone?

Could she see the lullabies playing?

Could she listen to my ear—after all, my ear was making the SAME noise as a volcano.

No, my dear…That’s MY HEAD!  And you are the cause of that.  (I thought to express this to her—but, come on, she’s three…She wouldn’t even care if I did).

To TOP IT OFF…My husband is on the other side of my daughter shouting in his sleep, “I’m going to get you!” Followed with actual karate chopping motion and sounds, “Katcha-katcha!”

I kid you not.

Somehow, miraculously in the midst of the karate chopping albeit sleeping husband and the “NOT TIRED” toddler, I managed to coax her to sleep—legs on top of my head and all.

By this time, it is now after 3am and DARN HER…Guess who is not tired now?

And so I sit.  With this pesky night fly swirling around my very head.  Touching my hand and invading all sorts of personal space (I LITERALLY CANNOT STAND FLIES—I have a bubble, flies, respect it!).  Typing. To you.  Because you care, don’t you?

And if you don’t, don’t worry.

I’m still here with my fly.

He doesn’t seem to be going anywhere.

I wish I could be like Richard, my sleeping husband, and “Get you, Jet Lag, katcha-katcha!” (insert super karate chopping action here)

Good thing today is Sunday—I need the glorious grace of Jesus to get me through the day and his ultimate gift of forgiveness because I ALREADY know MY FAMILY IS ALL GOING TO NEED IT as this Momma is going on 0 hours of sleep.

Thanks to jet lag…my least friend. 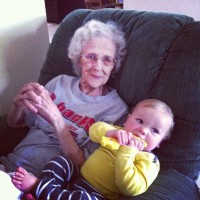 Here’s Max joining the dog pile for the fumble … he didn’t even try to get the football 🤣🤣🤣🥳🥳🥳💪💪💪
This smooshie smile perfectly depicts my Thanksgiving joy ❤️❤️❤️
Just NO words to sum up the AZ desert 🌵 ❤️🌵❤️🌵❤️
At the home of great hope lies our second miracle … Richie was able to lay flowers under that pine tree at the NLC …
How we really feel about our teen driver 🤣🤣🤣😬😬😬😳😳😳😱😱😱😜
We love our teen driver!!!!
They only speak the truth 😉
Ran into cousin Jaxie & Auntie Jenny at golf today !!!! So much fun!
Golf banquet ⛳️⛳️⛳️🙌🙌🙌❤️❤️❤️
Sending my ❤️ back to 🇵🇱
These girls have got great #style !!!! Especially when dressing up to go to #harrystyles concert #loveontour !!! Apparently - for Ada - it was the #bestdayofmylife !!! (Direct quote) ❤️❤️❤️🙌🙌🙌🎶🎶🎶
Love working in her classroom ❤️❤️❤️
Grateful 🙏❤️🇺🇸
They make me CRAZY HAPPY ❤️❤️❤️
For all those that wonder if “No” “Don’t touch” “Not this time” “Stay away” “Not on your life” “Nuh-uh” and all other negative expressions for directions are bad for your kiddo … just know your little will turn out just fine. We loudly “Noooooooooo-ed” this kid his entire toddlerhood . And guess what - we have kept him relatively safe. #parentgoals #parentwins #parentstruggles #allergymom #no #itsokaytosayno #raiseawareness #parentingtips #justsayno #youareok #parenting #allergymum #allergykids
Loading Comments...
%d bloggers like this: