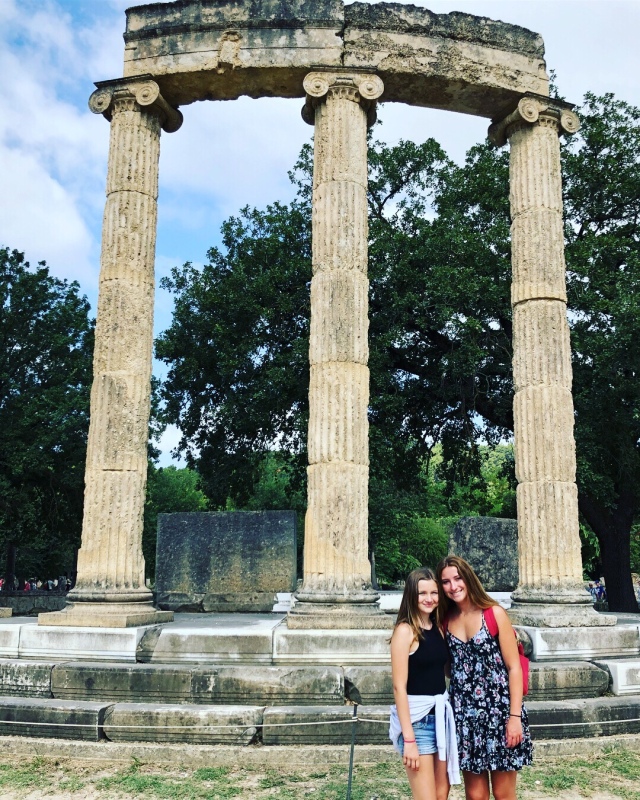 There is literally nothing more humbling than seeing the greatest in ruins.

Life is very short, my friends.

Ashes to ashes. Dust to dust. 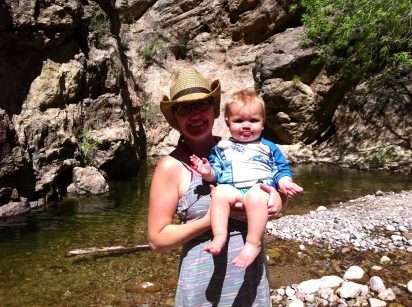 I’m so blessed.  My one-year-old, Maxwell, is already bilingual.  I remember it being a bit more difficult for Adelyne, my now 8-year-old, to acquire the Polish language.  She had, for about 2 years of her life, her very own Polish.  And she would speak it.  She would use it.  She would even sing it.  But it was like listening to gibberish.  She understood what she was saying but not another living soul did.  No one but her.  It was like she had the keys to her own secret kingdom.

We were in Kalisz one year leading a Carols by Candlelight Christmas program.  Adelyne was about 4 years of age and attached to my hip.  And that’s difficult when you are the MC of an event.  But she was attached.  I had a microphone.  She did not have stage fright.  And she insisted on “Singing a Christmas Song” for the audience that we were entertaining.

Now, you see.  I was in a REAL dilemma.  Here I was in front of nearly 200 people and my child was on the verge of a major breakdown if she did not get to perform.

I looked all over for my husband to come and rescue me.  I did spot him, but he remained faithfully in the audience snapping pictures.  You know, capturing these “glorious” moments.  Or meltdowns?

Well.  I had a bit of time.  So I allowed her to perform.  But, the funny part is, this is how it all came about…

At Carols by Candlelight there are people from other countries around the world that perform in their languages songs about Christmas.  So I knew that I could slightly get away with Adelyne singing.  Because, after all, she is American and we were in Poland.

Therefore, I introduced her like this, “And now my daughter Adelyne would like to sing a song for you.”

When your 4-year-old wants to perform a song, on the spot, in front of an audience of strangers, in a foreign language, be FAR bolder than I was and simply tell your child, “No!”

But I, I must admit, I was a weakling.  A weakling that gave in to the whims of a 4-year-old.

So, I handed her the microphone.  And she began to sing.

You need to also realize something about my daughter.

Pretty much NOT on all of the above.  But she THINKS she can.

Funny side note.  Each evening we watch the Olympics (Winter since they are on right now), and she says to me, “I think I would like to be an Olympic athlete.  How do I become one?”

And I looked blankly at my very, very, very minimally aggressive (when it comes to sports) daughter.  I mean, in basketball she won’t even rebound because the ball once hit her in the head.  If you tell her to hustle down the court, she looks at you and canters slowly, albeit gracefully, and acts as if she needs a water break after all of that effort.  And now she is asking how to become an Olympic athlete?  I said the only thing I could think of, “Um.  Well, you pretty much need to pick a sport in the Olympics and begin to train.  NOW.  You must decide and start training NOW for it.  It’s a lot of hard work.”  And I say all of this wondering if it will sink in.  After all, she does not like to put hard work into any athletic activity.  But she does like the snacks at the end of the game.

Anyhow.  Back to my point.  My point is that my daughter believes that she is very, very talented and can do anything.

Yep.  I totally must have fed her this absolute stellar self esteem.  Well done, Momma Bear.  Way to make your child feel as if they get Gold Stars for every.stinking.thing.

And that is why she had no fear to sing a solo in front of 200 strangers during a Christmas program in Kalisz.  In a language, mind you, that she did not know.

Yes.  I gave my 4-year-old the microphone and hoped that she would choose a VERY SHORT song to sing.

But once she opened her mouth, I knew it.  I was doomed.

And she sang it, whatever IT is, with all of her heart and soul.  She sang.  The audience.  They were mesmerized.  Or stunned.  Let’s say mesmerized.  Lol.

Problem.  Once she started singing and realized she had a captive audience, she did not stop.

For 4 minutes she “sang” her Christmas song.

At the end, when I was finally able to PRY the microphone from her chubby little fingers, I don’t think the audience knew what to do.

Yeah.  I guess.  And a sprinkling of clapping took place, and my daughter beamed with pride.

Like I said, her language belonged to only her and her imaginary kingdom.  That sprinkling of clapping must have sounded like thunderous applause, for she nearly took a bow before I quickly introduced the next (actually talented) guest and dragged my proud daughter off of the stage.

My daughter.  She’s living proof of that.  After all, in order for her to finally speak Polish, we all had to live through her gibberish.

But my son…Ah.  He’s already got it down pat.  Each and every day he looks at us and with a perfect Dutch accent shouts, “Nee!” (also known in English as “No!”)

Our friend Reinier would be so proud.  Or would he?

Regardless…I am not sure how “Nee” is going to help Maxwell much in Poland.

Perhaps instead of trying to raise bilingual kids, I’ll try to raise trilingual kids.  I bet that is much easier, eh?!

In the words of Maxwell, “NEE!” 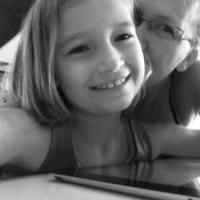